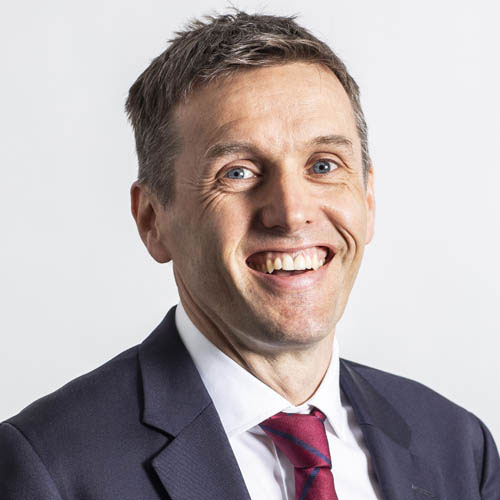 I work with a multidisciplinary team of medical and surgical consultants, physiotherapists and sport science colleagues in coordinating care for patients.

I work as a Professor at Manchester Metropolitan University where I lead on the team physician module of the MSc course in SEM. I also work as Training Programme Director for SEM in NW England, overseeing training of junior doctors in SEM regionally and sit on the National Specialist Advisory Committee for SEM. My previous positions include Chief Medical Officer to British Triathlon, Institute Medical Officer to British Athletics, Consultant SEM Physician at the Defence Military Rehabilitation Centre, Headley Court and as Chief Medical Officer to Team GB at Youth Olympic Games.

I’ve had a passion for sport and exercise since childhood. I competed for Sale Harriers Manchester as a middle distance runner and won Northern Ireland senior titles at 800 and 1500m during this time.

Book online
An initial consultation with Dr Rogers is from £250